What is Sitting Volleyball?

Sitting volleyball is a discipline of the sport in which athletes play in a seated position. The sitting game utilizes the same volleyball skills and techniques as the standing game with a few key rule differences. Players use both their arms and legs to move across the court, and it's a physical, fast-paced game. 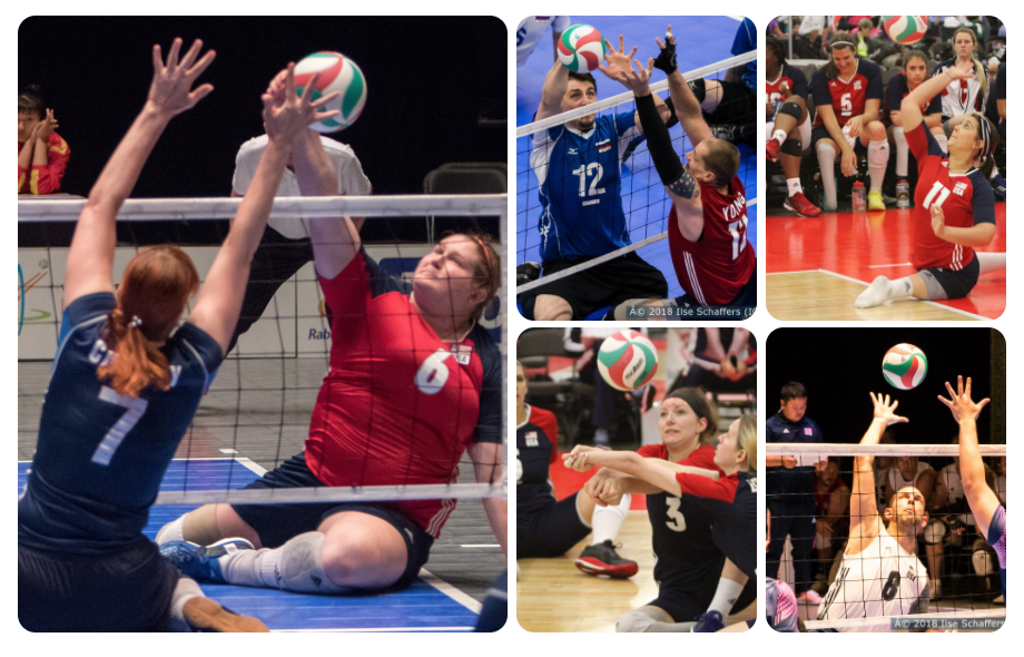 Brent Rasmussen is an Omaha native who served as captain of the U.S. Men's Sitting Volleyball Team. Prior to his Olympic debut, Rasmussen graduated from the University of Nebraska-Omaha where he played baseball for four years, later becoming a free agent to the Omaha Royals (Triple A affiliate of the Kansas City Royals).

In February 2002, Rasmussen was driving between Omaha and Lincoln and noticed a car that had slid off the road. He pulled over and got out to help the driver get her car back on the pavement when he was struck by another vehicle. He lost his left foot. His right ankle was shattered, and he ended up with a 16" rod in his right leg.

In 2003, Rasmussen joined the Nebraska Barons Wheelchair Softball Team and broke records for home runs, doubles, intentional walks, and on-base percentage at the 2003 National Wheelchair Softball Tournament (NWST). He was named MVP three times by NWST as he led the Barons to four national titles in six years. In 2003, Rasmussen joined the U.S. Men's Sitting Volleyball Team as a setter and led Team USA to a 6th Place finish at the 2004 Paralympic Games.